The school is dedicated to Anna Mussari and Michela Cavaliere Opened April 15, 2019

Benighat is a village located in the district of Dhading . It 's very developed compared to other villages of Nepal, many references as you reside government , the office of the police, the medical clinic, the study veterinarian and several administrative offices.

Among others, there is an ' important school: the " Shree Chandrodaya School" , located in the center of Benighat . It is well connected to the Prithivi Highway, the main road that runs through the district , and its construction dates back some 35 years ago. And ' in fact one of the older schools . Built thanks to the local community, without any government aid , initially had only one teacher for every 3 classes . Ten years later, the government has finally made ​​his contribution by assigning new teachers : 6 each 5 classes . Since then it has become more and more important until, in 1999 , to have 8 classrooms .

Given the increasing affluence of children , there was enough space to perform all the tasks of teaching. In 2004 , Hanuman Onlus has decided, therefore , to support the school with the completion of a major expansion , building a new wing school of 6 classrooms , bringing the entire structure to count as many as 15 classes in total . Hanuman Onlus has also provided for the construction of infrastructure : toilets , wall fence , front garden , lighting system and strengthening and painting of the entire structure .

Great captures of the beginning of 2011 : the school , from primary , has become secondary , increasing the number of students in a total of 435, with the variation of the professors from 5 to 15 and with the introduction of the nursery for children from 3 to 5 years . Today's attendance far from the first to the tenth grade students of the school system , ie from 5 to 15 years of age.

The terrible earthquake of 25 April 2015 completely destroyed the school. Today we are able to rebuild the school with anti-seismic criteria.
Work began in January 2017 with the complete construction of the school. 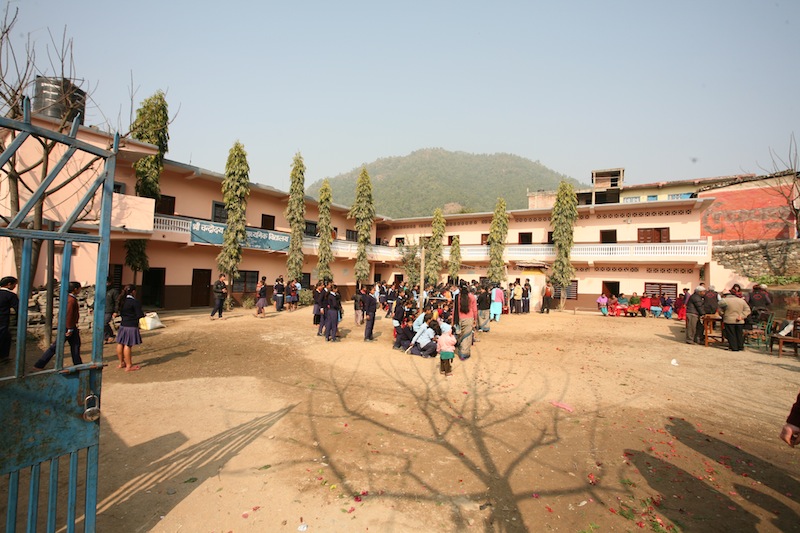 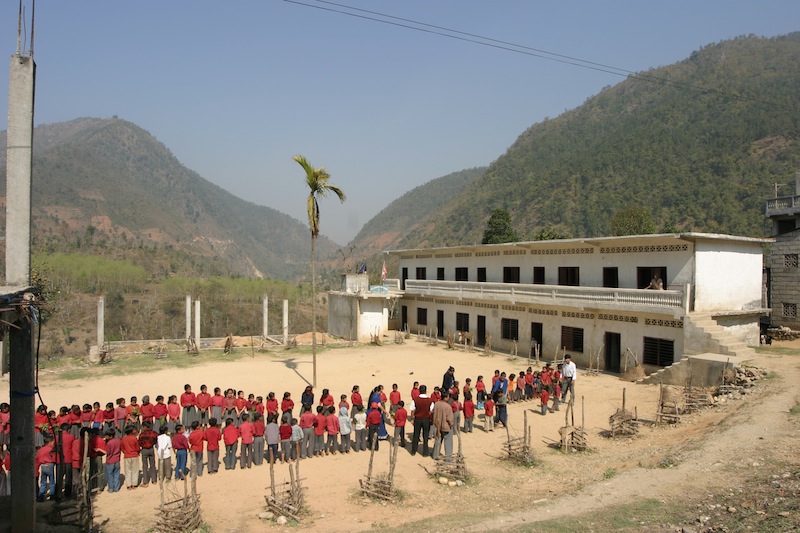