The school is dedicated to Piero Oliosi

- 14 teachers, including 8 of the government and 6 from the village

- Maximum distance traveled by students from home, about an hour's drive;

- Located in Benighat, Dhading District, at about 2/3 hours by road from Kathmandu;

Harkapur is a small mountain village , located in Benighat Village, 3 - in Dhading District . The village can be reached in three hours by road along the Prithivi Highway, which connects the capital to the famous Pokhara, the place of departure of the mythical Himalayan climbing . At the height of Maleku , a country famous for the many stalls selling fried fish , turns inwards, towards the south- east and embarks on a road very unwieldy, especially in the era of the monsoon , which climbs almost to the top of the hill.
The main source of livelihood of the people living in the village is agriculture and livestock in very small scale , mostly for family use
Historically, the area was inhabited by the noble family of related classes and Rana during their regime , only a few privileged people could learn to read. Of course, few people , and especially the sun belonging to the richest households .
After the fall of the Rana dynasty in 1951 , Nepal was declared a democratic country and different areas of the country evolvero .
The inhabitants of these areas , like many others, began to take the chance of ' learning to read and write. They asked for a "guru" to teach them , in exchange for room and board and their services . But all of this without a specific organization or official teaching programs .

In 1972 , the villagers began to build a first appearance of the school, which in 1976 became a real school , the Shree Harkapur Primary School, officially recognized by the government.In 1999 , the school , growing gradually with a greater number of classrooms and teachers, became a Lower Secondary School, with an increasing number of students.Unfortunately, the structure of the building is very unsafe and not entirely accessible . For this reason , in recent years the community , teachers and students were desperate help from the government or foreign organizations . But, being a very poor village , inhabited by very low social castes , not sleep aid never arrived , until in 2010, with a first visit, and in January 2011 , for the second time , members have visited the Hanuman Onlus school, where they were greeted with such warmth and listened to the humble request for help in the community.
The new school , made ​​up of 10 new and large classrooms, was completed and inaugurated by Hanuman Onlus , March 10, 2012 , thanks to the sponsorship complete by Olip Spa, the Veronese territory and its generous owner, Peter Oliosi , to which the school was dedicated . 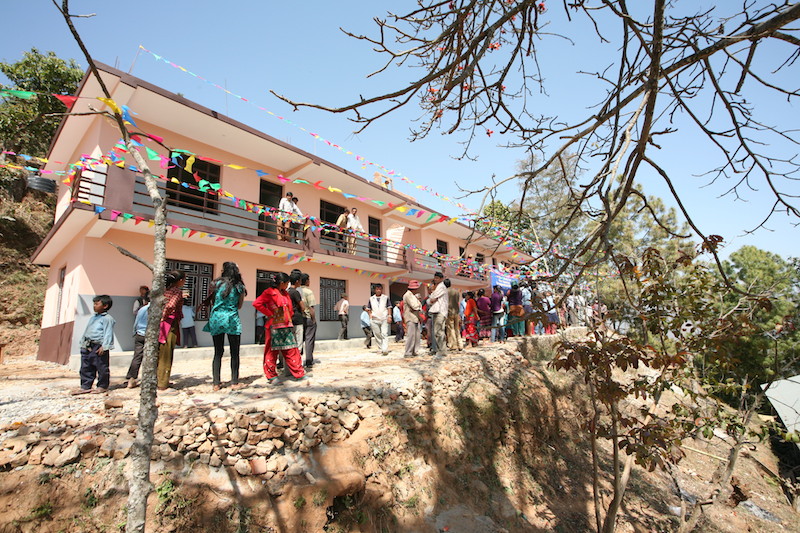 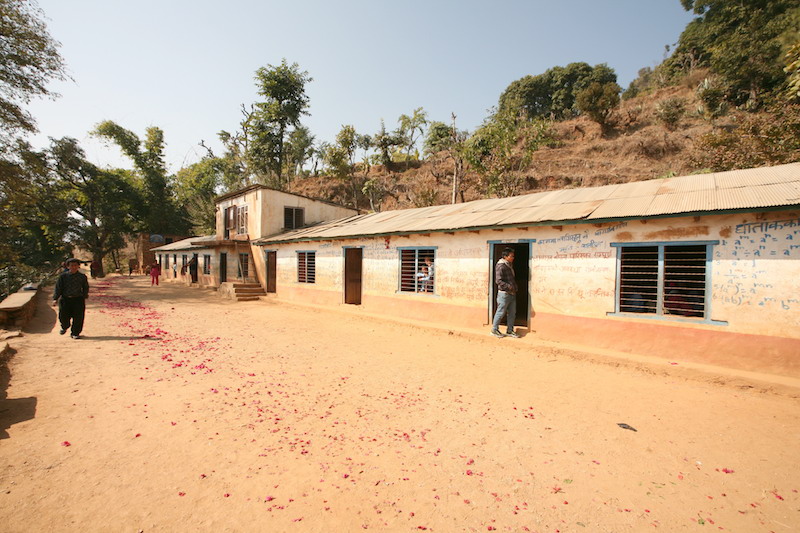